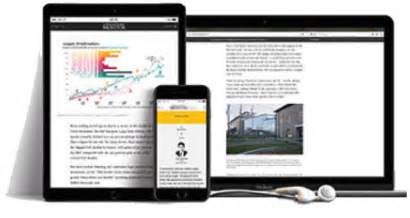 The lethal gun battle in a Christian neighborhood of Beirut that lasted only a few hours did more than leave seven people dead and create mounds of broken glass.

Pointedly, it erupted in response to a sometimes-violent Shiite march protesting a tough judge’s attempts to investigate last year’s explosion in the Port of Beirut.

For many Lebanese, the impact of the heaviest violence in more than a decade was twofold, and bluntly political.

It served as a time machine back to the dark days of the 1975–90 civil war. But it was also a stark warning about where the country’s surging sectarian tensions and chronic lack of accountability can lead once again.

Indeed, raising those fears may have been the intention on both sides of the fight, say analysts who described the violence as a bid by the country’s disgraced political elite to resist accountability for the port blast – as well as for their role in Lebanon’s yearslong disintegration.

Images of gunmen firing assault rifles and launching grenades in cramped residential streets, even of children cowering on the floors of their schools and being evacuated by panicking parents, were all too familiar.

“Always, the consistent message to the Lebanese population is, ‘If you try to hold anyone accountable, we go back to the civil war,’” says Mona Fawaz, professor of urban studies and planning at the American University of Beirut (AUB).

“There are those who will benefit from showing that they want accountability,” she says. “But in practice, all these warlords don’t want accountability. [The violence] was a staged event exactly on the location where the civil war started, with actors doing exactly the same as 1975, with the same vocabulary.

“That’s a message ... for those of us who have lived the civil war, and went rushing to schools to pick up our kids,” says Professor Fawaz. “It’s so reminiscent of exactly what we lived.”

Lack of accountability by a corrupt political elite, a collapsing economy, and a perennial lack of government services prompted hundreds of thousands of Lebanese to take to the streets repeatedly in nationwide protests starting two years ago, during the so-called October Revolution.

They rallied around the chant “All of them means all of them,” meaning that all politicians, their parties, and patronage networks were responsible, and that all had to go.

Since then very little has changed for the better. Top posts have remained under the control of entrenched factions, and the anti-government protests that once brimmed with optimism for reform and ousting the political elite have dissipated, amid the pandemic, attacks by armed thugs loyal to Shiite parties, and a lack of observable change.

Hussein Malla/AP Supporters of the Shiite Hezbollah and Amal groups chant slogans against Judge Tarek Bitar, who is investigating last year's deadly seaport blast, during a protest in front of the Justice Palace, in Beirut, Oct. 14, 2021.

Still, public anger surged again after Aug. 4, 2020, when 2,750 tons of ammonium nitrate poorly stored at the Beirut port exploded in one of the largest nonnuclear blasts in history, destroying mostly Christian neighborhoods and killing more than 200 people.

Instead of becoming a catalyst for change, however, the embattled investigation to determine who was responsible has become a symbol of how Lebanon’s political elite have dodged accountability for decades, and still do.

A principle, in the breach

The latest flare-up reaffirms how accountability is a driving principle in Lebanese society – if only in its constant breach.

“An investigation should discover the truth, [but] in Lebanon, no one likes to uncover the truth,” says Michael Young, editor of Diwan, a blog of the Beirut-based Carnegie Middle East Center.

“The issue of accountability is always very worrisome in a sectarian context because there is fear that it will lead to communal clashes,” says Mr. Young, author of “The Ghosts of Martyrs Square: An Eyewitness Account of Lebanon’s Life Struggle.”

Efforts to disrupt the probe by removing presiding judges – spearheaded by the Shiite Hezbollah and Amal movements, even while they pay lip service to the need for a full and fair inquiry – have focused now on raising legal challenges to and impugning the reputation of Judge Tarek Bitar.

Widely considered incorruptible, and with no known political affiliation, he has subpoenaed leading figures from many factions to give evidence, including allies of Hezbollah.

The first judge appointed to lead the investigation was forced out, after a lawmaker questioned his impartiality because his house was damaged by the blast.

Even the spokesperson for the victims’ families, Ibrahim Hoteit, reversed his earlier position in a video Friday, and called for Judge Bitar to step down – prompting rumors of pressure from Hezbollah and Amal.

Such manipulations feed into broader dissatisfaction with a political structure that divides top posts along sectarian lines, enabling the same figures and parties that tore Lebanon apart during the civil war to divide up the spoils of the state to loyalists.

The 1990 deal that ended the war included no mechanism for accountability for war crimes, setting a precedent of impunity ever since.

“Hezbollah and Amal sent a message [with the protests] that if the Bitar investigation goes ahead, this is a casus belli,” says Mr. Young.

“In this case, the two Shiite parties said there’s an investigation, and it should stop. They threatened to pull out of government. They went to the streets with armed men. And this is, in a way, outrageous especially to the Christian community, because they paid such a high price. The blast killed a large number of Christians, so they want the investigation to continue,” says Mr. Young.

“So the idea that now [the Shiite parties] want to impose on everyone else an end to this investigation, this is just a red line,” he says. “In the sectarian context of Lebanon, this is very provocative. It was not surprising that it should lead to a counter-reaction.”

Hussein Malla/AP A monument that represents justice stands in front of towering grain silos that were gutted in the massive August 2020 explosion at the port that killed more than 200 people and wounded more than 6,000, in Beirut, Aug. 4, 2021.

Indeed, the protesters directed by Hezbollah and Amal marched Oct. 14 into a largely Christian area toward the Ministry of Justice. Video shows some of them throwing stones, wrecking cars, and chanting “Shia! Shia!” as they crossed Tayyouneh roundabout – a Muslim-Christian fault line during the civil war.

They were met by force in the largely Christian neighborhood of Ain al-Rummaneh. Snipers loyal to the Lebanese Forces – a Christian paramilitary force during the war, and now a political party with seats in Parliament – reportedly fired from rooftops and upper floors, initiating the gunfight. The seven dead were all Shiites, including Maryam Farhat, a mother of five children shot while taking in laundry from her balcony. The Lebanese Forces denied opening fire on Shiite protesters.

Those seven were “like our martyrs who died on the battlefield,” Hezbollah Secretary-General Hassan Nasrallah said in a speech Monday, seizing the moment. He declared that America and “many others” were manipulating the probe, including the Christian Lebanese Forces led by Samir Geagea, whom he accused of attempting to ignite a civil war by ordering sniper fire on Shiite protesters.

For the first time, the Hezbollah leader also specified that his Shiite militiamen number 100,000 Lebanese citizens, a force larger and far better armed than the 85,000-strong Lebanese army.

About the port blast, Mr. Nasrallah claimed: “We do not fear this investigation,” adding that Hezbollah was “protesting to know the truth for Lebanon.”

Yet such statements carry little water with many Lebanese, who have seen the port blast probe stymied and undermined from the start.

“The ruling warlords in #Lebanon have confronted the Lebanese with a stark choice since the late 80s: impunity or violence,” tweeted Nadim Houry, the Paris-based director of the Arab Reform Initiative. “Hezbollah became the main proponent of this since 2005. The Lebanese compromised on accountability but never got stability. Time to reject this false equation.”

That is beginning to happen at a grassroots level due to the sheer scale of Lebanon’s problems, despite obstacles created by the political elite, says AUB’s Professor Fawaz.

“What is dangerous about the mobilization against the port blast for these political parties is that these are people from all sects,” she says. “The port brought together hundreds of families who feel they are for something, and they feel a collective ‘we’ for accountability that is transcending the sectarian divide.

“One after the other, people are beginning to realize that there is a very expensive political class, and we as a population cannot pay the price anymore,” Professor Fawaz says.

“That’s why the port accountability is so important. That’s why we need to defend the integrity of the judge,” she adds.

“Yes, [Judge] Bitar is being courageous, but he is not alone. There are judges who are refusing the appeals for the case. There is a movement building around independent judges who are saying, ‘We want the independence of the judiciary,’ and that is increasingly a clear aim even within society.

“We’re waking up, as Lebanese.”

Read Heres Why Lemonade Stock Is Falling Today by The Motley Fool on MSN.com